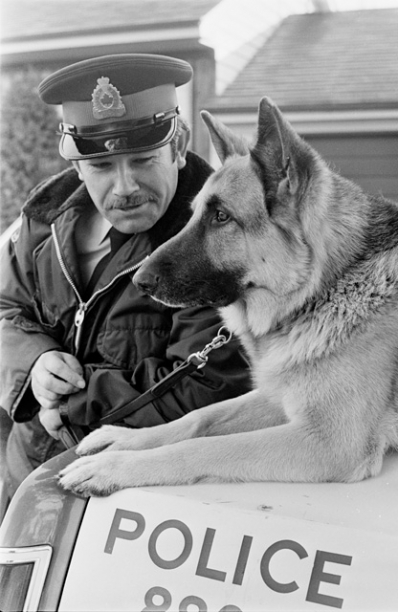 In the Line of Duty: Troy

Police dog Troy was killed in the line of duty, February 26, 1992, saving a police officer's life. He had been with the force for one year and was a two and a half year old German Shepherd. He was the first member of the Police Canine Unit to be killed in the performance of his duty. Troy distracted a gunman who was pointing a rifle at another police officer and was shot by the assailant and killed instantly.