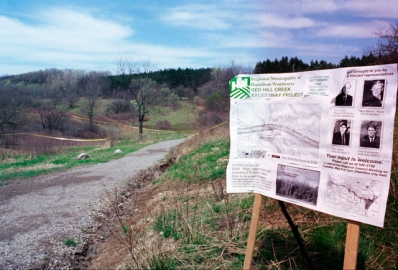 There are many sources for the history of the Red Hill Creek Expressway described here, spanning nearly a century.

There are two scrapbooks with newspaper clippings (primarily from the Hamilton Spectator) concerning the planning and the controversy over the Red Hill Creek Expressway.

Clippings before August 1987 are in:

Clippings after August 1987 are in:

Miscellaneous pamphlets relating to the planning

Save the Valley Committee Fonds

BOOKS AND REPORTS (by date)

There is other material indexed in the Where-to-Look in Local History & Archives. This may include citations from other scrapbooks, periodicals, newspapers, etc.

To access these citations, please look in the Where-to-Look in Local HIstory & Archives under the heading: