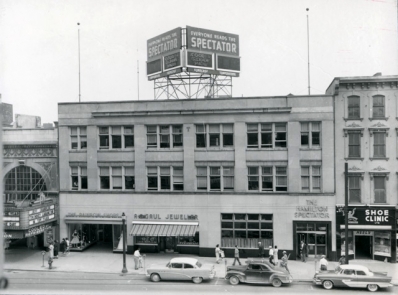 Newspapers published in Hamilton, both current titles and those no longer published, are available on microfilm in the Local History & Archives Department. They include:

Local community newspapers, both current titles and those no longer published, are also available. They include:

No appointment is necessary to view these newspapers. Staff are always available to help you with your search. Materials found on the microfilm readers can be saved to a USB drive. Printing is also available, for a fee.

Births, deaths, and marriages published in the Hamilton Spectator and some earlier newspapers have been transcribed, they include: