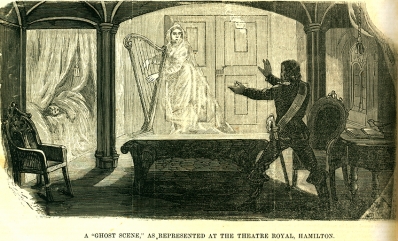 Every city has its share of ghostly tales and legends, and Hamilton is no exception. Here are the spooky stories of some of the supernatural inhabitants of the Golden Horseshoe. 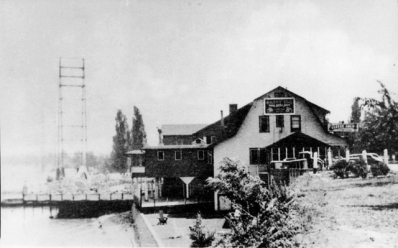 A woman in a meeting at the Joseph Brant Museum in Burlington fell into a trance. Upon awakening she told of her conversation with Elisa, a prostitute from the old Brant Inn who plied her trade on the upper floor of the old building. She was described as friendly, heavyset and unattractive, wearing a white Victorian dress.

As the Brant Inn no longer exists, it appears that Elisa has relocated to the Joseph Brant Museum. She was later seen coming out of one of the display cases. Locals have also reported lights flashing when no one is in the area and tell tales of a grey apparition that has been seen in the arched windows on the 2nd floor of the museum. 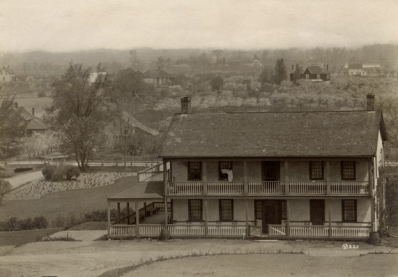 The widow Mary Gage moved to what is now Stoney Creek in 1790. Her homestead, Battlefield House, was used by invading American forces as a headquarters during the War of 1812. She is suspected to walk around the house moving things around and a visiting psychic reported much spirit activity in the area of the battlefield outside the house.

In the early 19th century Joseph Rousseau and Jane Riley fell in love. His mother opposed the match and Joseph, abiding by his mother's wishes, left Jane. Distraught, Jane threw herself off the 100 foot cliff near Albion Falls which is now sometimes referred to as Lover’s Leap. Upon Jane’s death Mrs. Rousseau was to have said "let the blame rest on my shoulders". Years later, apparently in good health, she suddenly shrieked "Jane's hand is on my shoulder!" and dropped dead.

On quiet, still nights, soft crying has been reported coming from the area around the Falls. 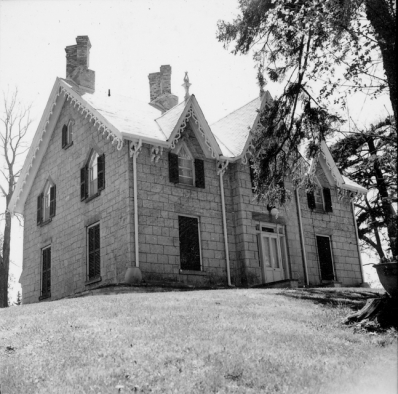 In 1891 Ancaster treasurer John Heslop was awakened by his wife when she heard burglars. He grabbed a lamp and a chair and headed towards the front door. A shotgun blast rang out in the dark and his wife discovered his body on the stair landing. No one was ever convicted of the crime.

Heslop's spirit reportedly still roams around the house, which is now the headquarters of the Hamilton Region Conservation Authority. People have reported a dragging noise in the attic and footsteps moving throughout the house. It is rumoured that John Heslop’s blood still stains the stair landing and will remain until his murder is avenged.

The Glendale Golf and Country Club is apparently haunted by the spirit of Colin, the club’s bartender for 25 years before his death. Footsteps are heard and glasses are moved around. 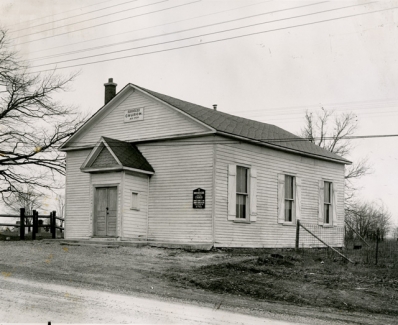 There are tales of a strange light that used to run along the ridge of the old church roof before a death occurred.  Sometimes it would float away, until it rested over the house that contained the doomed occupant. The cemetery was also the location of a grave robbing by a local pioneer doctor who needed a skeleton. He was discovered after a servant girl told of suspicious pieces of flesh being boiled in the huge wash-boiler in the doctor's home.

The building at John and Augusta Streets was rumoured to be the home of the Headless Coach. As the town clocks struck midnight, a coach, drawn by no horses, started out and made a run down Hunter Street. Nobody knew where it ended up but it was ready to repeat the performance the next night at the same hour. 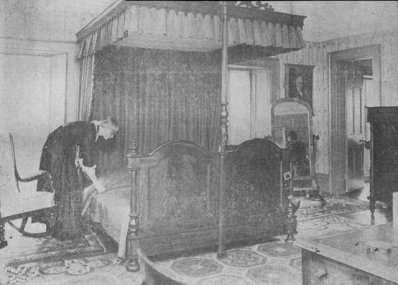 Dundurn Castle was the home of Sir Allan MacNab, premier of pre-Confederation Canada from 1854 to 1856. The grounds surrounding the castle have a violent and bloody history. There were 11 men hung for treason across the street in 1813. Cholera victims were also transported to plague sheds near the property.

Sir Allan MacNab and his family may still remain in ghostly form within the Castle. Just outside the room where MacNab's second wife Mary wasted away from consumption it is said there is always a cold chill and a mysterious breeze that blows out the candles. There remain mysterious drafts, objects moving around and the occasional sound of mysterious music and singing. 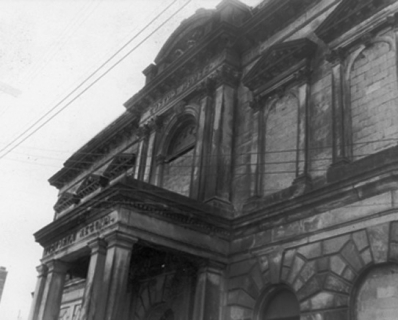 Perhaps the most famous ghost in Hamilton is the Woman in Black who haunts the Custom House on Stuart Street. She is rumoured to be a woman who arrived on one of the immigrant ships and died in port, subsequently being buried on the grounds of the building. She is usually seen in one specific area of the basement near the vault, and her appearance is usually accompanied by a bone numbing coldness and anxiety. One legend says that she is waiting for her sailor lover to come for her.