Historical Records of the City of Hamilton 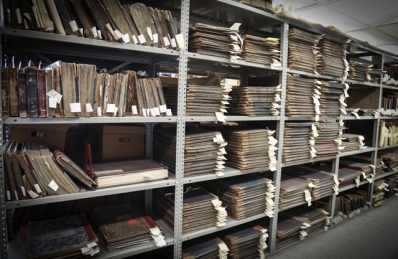 Records of the City of Hamilton

This guide has been prepared to provide researchers with outlines of the principal responsibilities and administrative histories of the civic departments of Hamilton and concise descriptions of historical records retained by the city. No assessment has been made of the long-term or informational value of the material. Funding was provided by the Social Services and Humanities Research Council of Canada and McMaster University. Carolyn Gray researched and prepared the histories and records entries with research assistance from Stephen Davies.

In the decades since Historical Records of the City of Hamilton, 1847-1973, was first published, there has been increased interest in all aspects of the history of Hamilton. The guide has proven invaluable in alerting researchers to the wealth of archival material which was generated by Hamilton from the time of its incorporation as a city until the advent of regional government. It is hoped that this on-line version of Historical Records will be similarly useful.

This updated version of the guide reflects changes in the custody of records which have occurred since 1986: several series of records, formerly stored at City Hall and other municipally-owned sites, have been incorporated into the holdings of the Hamilton Public Library, Local History & Archives. It also includes the existing records of the Town of Hamilton from 1833 until its 1846 incorporation as a city.