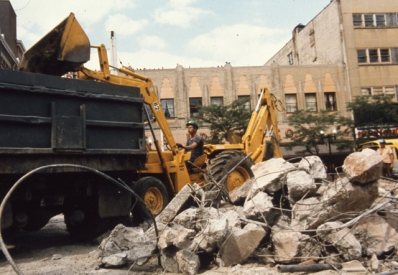 Council voted to tear down the buildings and start over, hiring a registered landscape architect to oversee the job. The Chief Administrative Officer defended his as “a money-saving thing". Council started from scratch and hired the Toronto firm of Moorhead, Fleming, Corban and McCarthy in January 1984 for $54,000 to redesign the park. Their plan called for lots of grass, flowers and trees with a small fountain. On February 29, 1984 council unanimously endorsed the plan with a proviso that the location of the fountain be reviewed (55). The Victorian fountain proposed was re-designed as a polished granite block one-metre square with water bubbling up through the middle. One alderman said that it would "turn into a urinal for the winos who hang around the park" and another said, "(t)his isn't a fountain, it's a big hunk of stone". Nevertheless, the fountain was approved the same day that the estimated losses incurred in the Gore Park fiasco were announced - $715,000 (56). 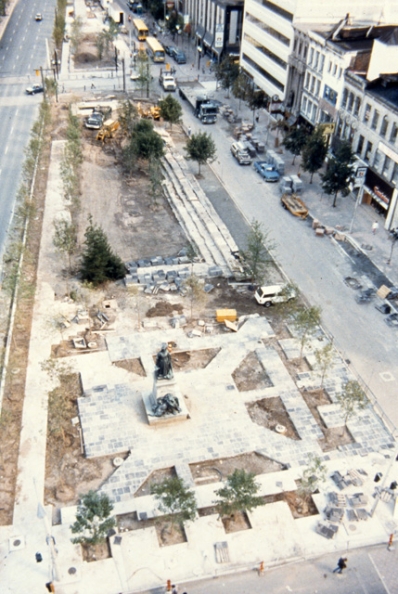 In November of 1984 the renovations to the park and adjoining roadway were completed at a cost of $2.5 million. Three months later a whole section of the interlocking bricks had heaved up and was, in the words of one alderman, "a hell of a mess" (57) Consultants were hired at a cost of $5,000 to determine what went wrong with the bricks. Their report concluded the "undersized interlocking bricks were used, sub-drains were never installed, contract drawings failed to show needed work, road design was inadequate, road slope was inadequate, inferior materials were used for a road base and the road was opened before it was ready to bear traffic” (58). The cost for re-doing it correctly so that the problem would not reoccur was $87,500 (59), Instead of following the advice of the consultants, council voted to take on a cheaper half-price plan to fix the damage. Their share would be $7,000, which had escalated in one week to $15,000. 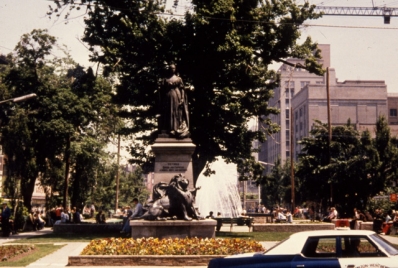 The arrival of the 21st century has led to more changes for the Gore. The Gore is no longer a transit hub for the city with the arrival of the Macnab Transit Terminal in 2011. Recent renovations to the Gore have led to a more pedestrian-friendly look for Hamilton's first park.